– Construction completed one year ahead of schedule

Located just west of the Santa Teresa Airport, Union Pacific’s Santa Teresa rail facility includes a fueling station, crew change buildings, and an intermodal ramp with an annual lift capacity of around 225,000 containers. The southern region of New Mexico is now a strategic focal point where shippers can leverage the economic and environmental benefits of shipping freight by rail.

“Our new rail facility in New Mexico is a key part of our relentless effort to create value for our customers through safety, service and efficiency,” Koraleski said. “Union Pacific’s $400 million investment in New Mexicowill improve the fluidity and efficiency of the Union Pacific network and will have a positive long-term economic impact in the region.”

Facility construction created 3,000 jobs during the build phase from 2011 to 2014. The site will be home to 300-600 permanent jobs once the facility reaches full capacity. The project’s estimated overall economic impact to New Mexico exceeds $500 million, with Union Pacific’s investment highlighting the company’s commitment to enhancing the nation’s transportation infrastructure and setting the standard for outstanding customer service.

Union Pacific is planning to invest approximately $4.1 billion in 2014 – capital investment that is part of a long-term strategy to provide safe, efficient service across its 32,000 mile network.

Union Pacific Railroad is the principal operating company of Union Pacific Corporation (NYSE: UNP). One of America’s most recognized companies, Union Pacific Railroad connects 23 states in the western two-thirds of the country by rail, providing a critical link in the global supply chain. From 2004-2013, Union Pacific invested approximately $30 billion in its network and operations to support America’s transportation infrastructure.  The railroad’s diversified business mix includes Agricultural Products, Automotive, Chemicals, Coal, Industrial Products and Intermodal. Union Pacific  serves many of the fastest-growing U.S. population centers, operates from all major West Coast and Gulf Coast ports to eastern gateways, connects with Canada’s rail systems and is the only railroad serving all six major Mexico gateways. Union Pacific provides value to its roughly 10,000 customers by delivering products in a safe, reliable, fuel-efficient and environmentally responsible manner.

According the the New Mexico Department of Workforce Solutions, New Mexico’s unemployment stood at 6.6%, far below the national average.

A preliminary analysis of unemployment data shows that if the labor force participation rate (LFPR) had remained steady at pre-recession levels of around 63 percent, the measured unemployment rate would have continued a slightly increasing trend in recent months instead of posting the sharp drop shown by the official numbers.

The rate of over-the-year job growth, comparing August 2011 with August 2010, was 0.8 percent, representing an increase of 6,500 jobs. We have now reported three straight months of over-the-year job growth, following a 32-month period of job losses. August data continued the improving trend with further gradual strengthening in many industries. Even though some industries are still holding on to previous losses, the extent of those losses is shrinking in many cases.

The recovery likely started a while back, but lack of significant momentum left the state’s job growth rate close to the zero line for over a year. A number of industries are now cautiously adding jobs, but there is still evidence of restraint and the recovery is slow. The current job situation includes seven growing and five declining industries, with one that is unchanged.

The educational & health services industry added 7,800 jobs, far more than for any other industry, growing at a 6.7 percent rate since this time last year. This industry seems to always do well, slowing down during recessions, but never turning negative and losing jobs. As the largest private-sector industry, educational & health services’ consistent growth provides stability for the economy as a whole. Retail trade has made a comeback from previous losses to now report 3,800 additional jobs, while wholesale trade posted gains of 1,500 jobs. The mining industry reported another gain, up 1,800 jobs, following 14 months of losses that ended in 2010. Earlier losses had been as high as 5,000 jobs.

The information industry reported employment levels that were unchanged from last year. This follows many months of reporting negative numbers.

The remaining four private-sector industries each recorded declining employment. The professional & business services industry reported employment that was down 6,100 jobs from last year. Construction was down 2,800 jobs over the year, which is especially disappointing when considering the jobs previously lost since 2008, and the miscellaneous other services category lost 500. The manufacturing industry reported employment levels that were down 100 jobs from last year, continuing the mixed performance from earlier this year and following previous steep losses. As the chart below shows, manufacturing employment has taken devastating losses over a sustained period.

Government employment registered a net decline of 1,600 jobs from the year-ago total, with job losses reported mainly at the local level. Local government employment dropped 4,100 jobs since this time last year, likely due to different seasonal trends. Federal employment was also down, but just by 100 jobs. State government reported 2,600 additional jobs compared to the same month a year ago.

“The U.S. Small Business Administration is strongly committed to providing the most effective and customer-focused response possible to assist New Mexico’s small businesses with federal disaster loans.  We will be swift in our efforts to help these small businesses recover from the financial impacts of this disaster,” said Administrator Mills.

“Small, nonfarm businesses, small agricultural cooperatives, small businesses engaged in aquaculture and most private, nonprofit organizations of any size may qualify for Economic Injury Disaster Loans (EIDLs) of up to $2 million to help meet financial obligations and operating expenses which could have been met had the disaster not occurred,” said SBA’s New Mexico District Director John C. Woosley.

“These loans may be used to pay fixed debts, payroll, accounts payable and other bills that can’t be paid because of the disaster’s impact.  Disaster loans can provide vital economic assistance to small businesses to help overcome the temporary loss of revenue they are experiencing,” Woosley added.

The New Mexico Small Business Development Center (SBDC) is offering free, personalized counseling to help affected business owners in their recovery.  Business owners may contact the SBDC in Los Alamos from 8 a.m. to 5 p.m., Monday through Friday, either by telephone at (505) 661-4803 or by visiting their office at 190 Central Park Square, Los Alamos, NM 87544.

For owners of these impacted small businesses, disaster loan information and applications are available from SBA by calling SBA at (800) 6592955, emailing disastercustomerservice@sba.gov, or visiting SBA’s Web site at www.sba.gov/services/disasterassistance. Individuals who are deaf or hard-of-hearing may call (800) 877-8339.

The filing deadline to return economic injury applications is June 13, 2012 .

Officials of the Hubbard Museum of the American West announced they are the recipient of a federal grant in the amount of $79,355 from the Institute of Museum and Library Services/Museums of America 2011 grant program.

Funds from the grant are to be used to upgrade all of the technology in the Johnny & Marty Cope Learning Center which opened at the Museum in the Fall of 2009. The newer technology will enhance the Center’s ability to connect to a variety of Smithsonian Institution museums in real-time, as well as other museums around the world who share similar technology.

“We are very pleased and a little surprised to receive the award,” commented Jim Kofakis, director of the Museum, “We received a call from the New Mexico office of United States Sen. Jeff Bingaman giving us a heads up that we would be receiving official notification on July 29th. With all that is going on in Washington, it is truly an honor to receive the grant award.”

The Hubbard Museum was one of three museums in New Mexico to receive funding through the 2011 phase of the Museum’s of American grant block administered by the Institute of Museum and Library Services. The Los Alamos Historical Society and the Museum of Indian Arts and Culture were also awarded funding. Nationwide, 160 museums received project funding.

The Johnny & Marty Cope Learning Center was officially opened in October of 2009 with the financial assistance of Mr. & Mrs. Cope, the R.D. & Joan Dale Hubbard Foundation

and many donations from museum members and patrons. The center provides multi-faceted functionality including real-time live video connections to most of the Smithsonian Institution’s museums and many other high-tech options. The equipment in the Cope Learning Center is being completely updated to the most current technology available and will additionally allow the Museum to broadcast tours and educational programming to people all over the world.The Hubbard Museum of the American West is located at 26301 Highway 70, and is open daily from 9 a.m. to 4:30 p.m. Admission to the Museum is $6 for adults, and reduced admission is available for senior citizens, military personnel, and youth. Visit our web page at www.hubbardmuseum.org or call 575.378.4142 for information. 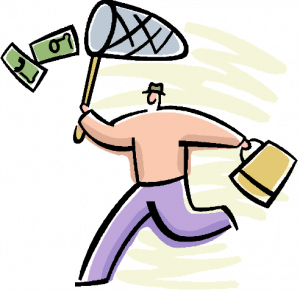 SANTA FE – Governor Susana Martinez kicked off New Mexico’s tax-free weekend today with a visit to Target in Santa Fe along with several children who are part of summer programs at the Santa Fe Boys and Girls Club. The tax-free weekend, which will take place from August 5th through 7th, will give teachers and families the ability to purchase back-to-school supplies at a lower cost thanks to a Gross Receipts Tax exemption. Tax-free weekend generally applies to school supplies, clothing and shoes, and computers and computer equipment. Governor Martinez was also joined by Public Education Secretary-designate Hanna Skandera, Higher Education Secretary Jose Garcia, and Taxation and Revenue Deputy Secretary John Monforte.
“The beginning of the school year can be an expensive time for parents, teachers and students,” said Governor Martinez. “In these challenging economic times, this weekend will provide much-needed relief for New Mexicans as our children return to school. Most importantly, it will give them the opportunity to get the supplies they need for a successful school year at a lower cost than usual.”

Items that qualify for this gross receipts exemption include:

A full list of exempt products can be found on the Taxation and Revenue Department’s website at http://www.tax.newmexico.gov.